As Mother’s Day approaches I’m thinking about my own two mothers: my mother and my mother-in-law.

My mom was killed in a car accident.

A man who ran a red light while talking on his cell phone struck her. She was 80 years old but you’d have thought she was 65. Mom was on her way to comfort a family who had lost a child. That was just like her.

Mom and Dad raised us with a steady dose of,  “think of the other person.” As a strong-willed oldest child of 4, I got tired of that mantra.

When I was an awkward young teen, I had thick glasses, was taller than all the boys and was definitely not in the “cool” crowd. I remember bursting into tears at her bedside. Putting her arms around me she said, “Susan, don’t worry. Your turn will come.”  She empathized, but most importantly she gave me hope-a crucial perspective all teens need.

Mom believed in me. She and Dad said, “You can do anything you set you mind to.”  She laughed when a high school counselor told her she didn’t think I was college material! I learned from her not to take other people’s opinions of me too seriously.

She had a sixth sense about naughtiness. Once I stole a colorful pack of rubber bands from a stationary store while shopping with my mother and brothers.  When mother realized it she drove all the way back to the store and marched me into the manager’s office to confess, apologize, and return the rubber bands. I was humiliated and embarrassed (and I’m sure she was too) but it was one of the best things she ever did for me. She taught me that honesty was a crucial value.

Mom was the wisest woman I have ever known. Once I had children of my own I often called her for advice. She had perspective, humor and incredible common sense. I still miss her sage counsel. 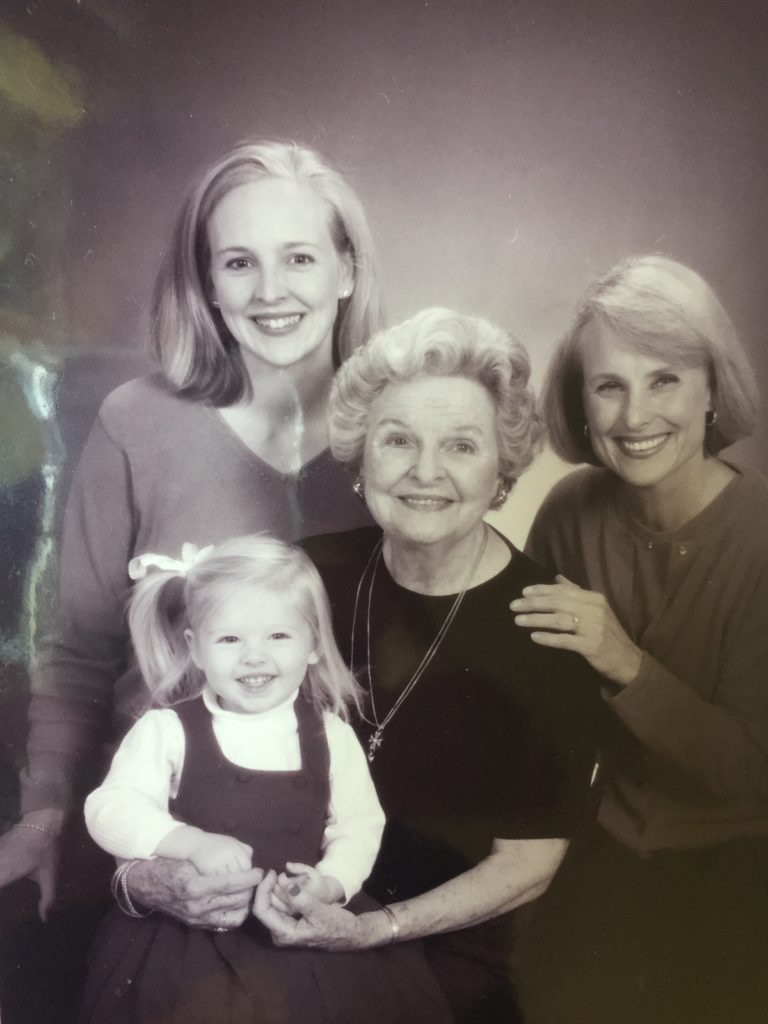 A formidable southern woman, she was the matriarch of a large family. She too had a great sense of humor and was adored by all. Widowed at 61 she chose not to give in to self-pity. She was one of the most positive women I’ve ever known.

She treated me like one of her daughters and introduced me to others as her daughter. How special that made me feel.

At the age of 85 she moved to a new city and prayed for a ministry. She began a Bible study for a dozen young women in their thirties. For the next twelve years she met weekly with them to teach them the Scriptures. She even took them on retreats with their husbands.  Dubbed “Sue’s Girls,” they were still meeting when she died at 97.

She has demonstrated to me and countless others that you are never to old for ministry! 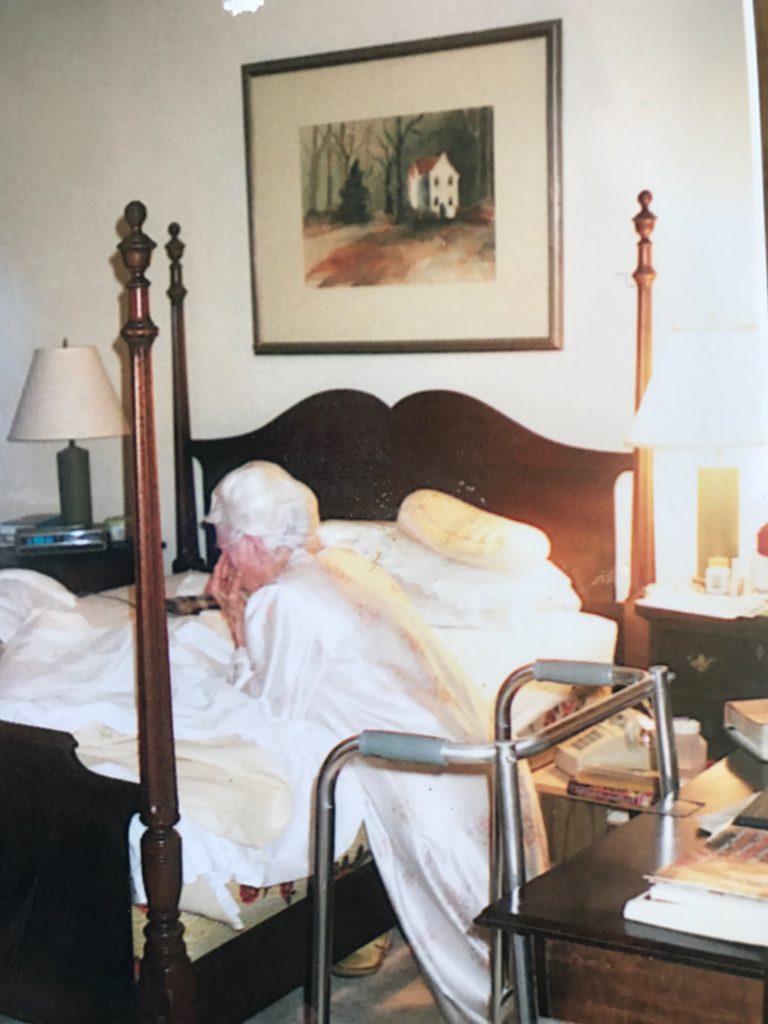 My sweet mother-in-law at prayer

Both of these amazing women have left a legacy of a strong faith, daily Bible study and prayer, a commitment to family, and a hunger to grow throughout their whole lives.

Both were committed to the local church and we went even when we didn’t feel like it. It was a habit worth forming. These two were big on the importance of manners! Rudeness was not permitted.

Both of them mentored young women in the faith.  Neither was perfect. They were sinners and knew the power of forgiveness. Of course they said things they shouldn’t have and did things they should not have. I remember some of them! However, they were quick to apologize.

They believed the best in others.

I have been incredibly blessed by these two amazing women. I am beyond grateful.

None of us choose the families into which we are born. That’s God’s choice. You may not have this unusual heritage.

But this I know:

No matter what you come from you can be the first of a generation of healthy families.

You too can be like my mom or my mother-in-law.

214Shares
214Shares
We use cookies to ensure that we give you the best experience on our website. If you continue to use this site we will assume that you are happy with it.OkayPrivacy Policy