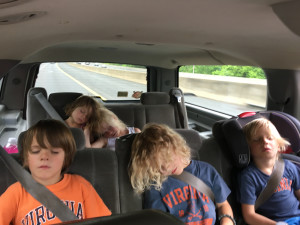 I’d say I’m exhausted, but that would be a gross understatement.

Exhausted, ecstatic, wistful… the list goes on. I’m less than twelve hours out from Cousin Camp 2016 and at this point I don’t really know what hit me. I spent the weekend enveloped in chaos and occasionally sweet cousin cuddles, but in my tired state everything seems like a blur.

Yes, we did sit through morning quiet times and afternoon rest periods, but those brief instances of “calm” are overshadowed by the pandemonium of the rest of the weekend. Traditions such as receiving fun tee shirts made by our uncle, a trip to the vineyard for a picnic, and the induction of the new campers into the “Band of Cousins” were complemented by the introduction of teams (“for cooperation, not competition” as Ghee insisted to no avail) and the highlight of the weekend, a giant obstacle course.

However, all of these planned activities, while fun, were certainly not the highlight of Cousin Camp—they never are. The real highlights were the impromptu things: precariously stacking five Eno hammocks on top of one another, catching what is probably the second largest fish to ever come out of the pond, one of the boys insisting that watermelon is a Fruit of the Spirit, and guacamole making competitions, among other things. These delightful times serve as catalysts for what I hope will be life­long relationships between us cousins.

As I lay in bed on Sunday night trying not to wake the cousin asleep next to me, I couldn’t help but think back on the past nine years of Cousin Camp. From the “fab five” in 2008 to the “terrific twenty one” this year, camp has always been a highlight of my summer. Although I may complain about my role occasionally, I am so lucky to be the eldest. I’ve been able to watch all twenty of these little ones grow up, finally make it to age four, attend their first Cousin Camp, and end the weekend excited for the next year. These sweet ones are a huge part of my life, and I can only hope that as I head off to Charlottesville in the fall I won’t be leaving this behind. I don’t want to be a distant memory for the youngest two, but someone who is as important to them as they have been to me. I’m so grateful that my grandparents instituted the tradition of Cousin Camp because it is the perfect way to ensure that there will always be a reason for us to get together, year after year.

By Callie Gaskins, our eldest grandaughter, who is graduating from High School this month and heading to the University of Virginia.

« Countdown to Chaos! Another Year of Cousin Camp Begins
Do you struggle to trust God? »

One Devotional: One Word, One Verse, One Thought for One Hundred Days 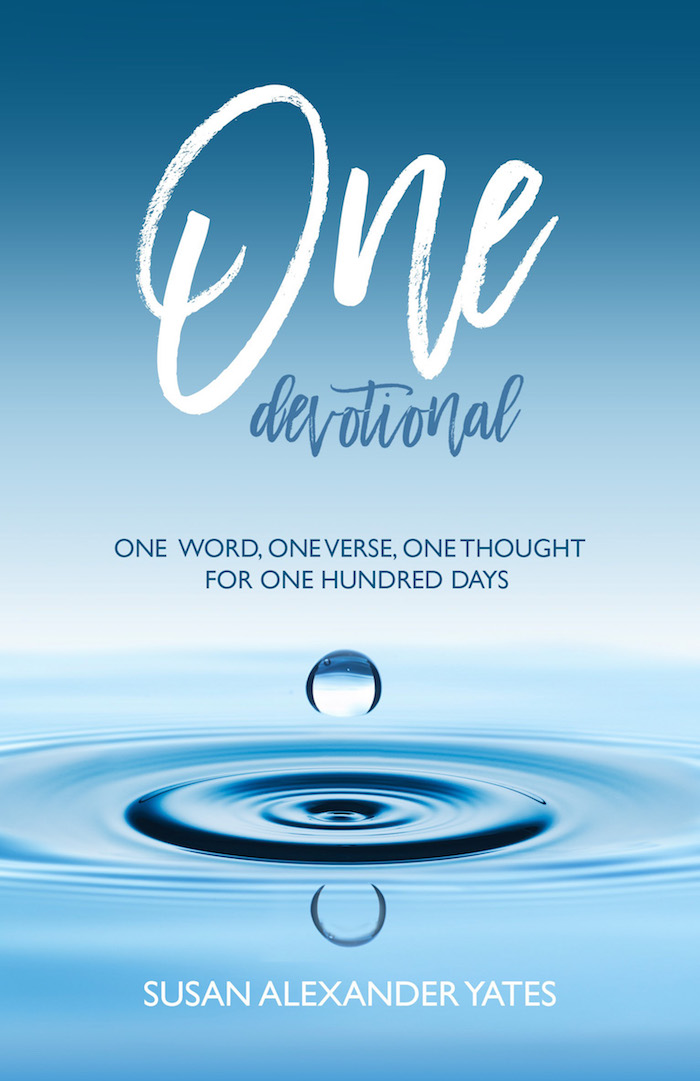 Carries “He will tend his flock like a shepherd;

This week I’m blogging over at Club 31 Women abo

New “Remember not the former things, nor conside

Mystery “To them God chose to make known how gre

At this holiday season when we're gathering with f

So thankful for our 50th anniversary family reunio

120Shares
120Shares
We use cookies to ensure that we give you the best experience on our website. If you continue to use this site we will assume that you are happy with it.OkayPrivacy Policy